In pictures: Shiny new Islamabad International Airport gets final touches ahead of inauguration

The airport will now open on May 3.

After going through a number of hiccups and delays, the inauguration of the newly constructed Islamabad International Airport is in sight with a test flight having landed on its runway on April 7.

In its initial phase, the airport will be capable of handling nine million passengers and 50,000 tonnes of cargo every year. After its expansion, it would be able to serve up to 25m passengers a year by 2025, authorities say.

Ahead of its awaited inauguration — which was supposed to take place on April 20 but was moved to May 3 at the eleventh hour — the new and shiny airport is getting final touches so that it is fully operational by next month. 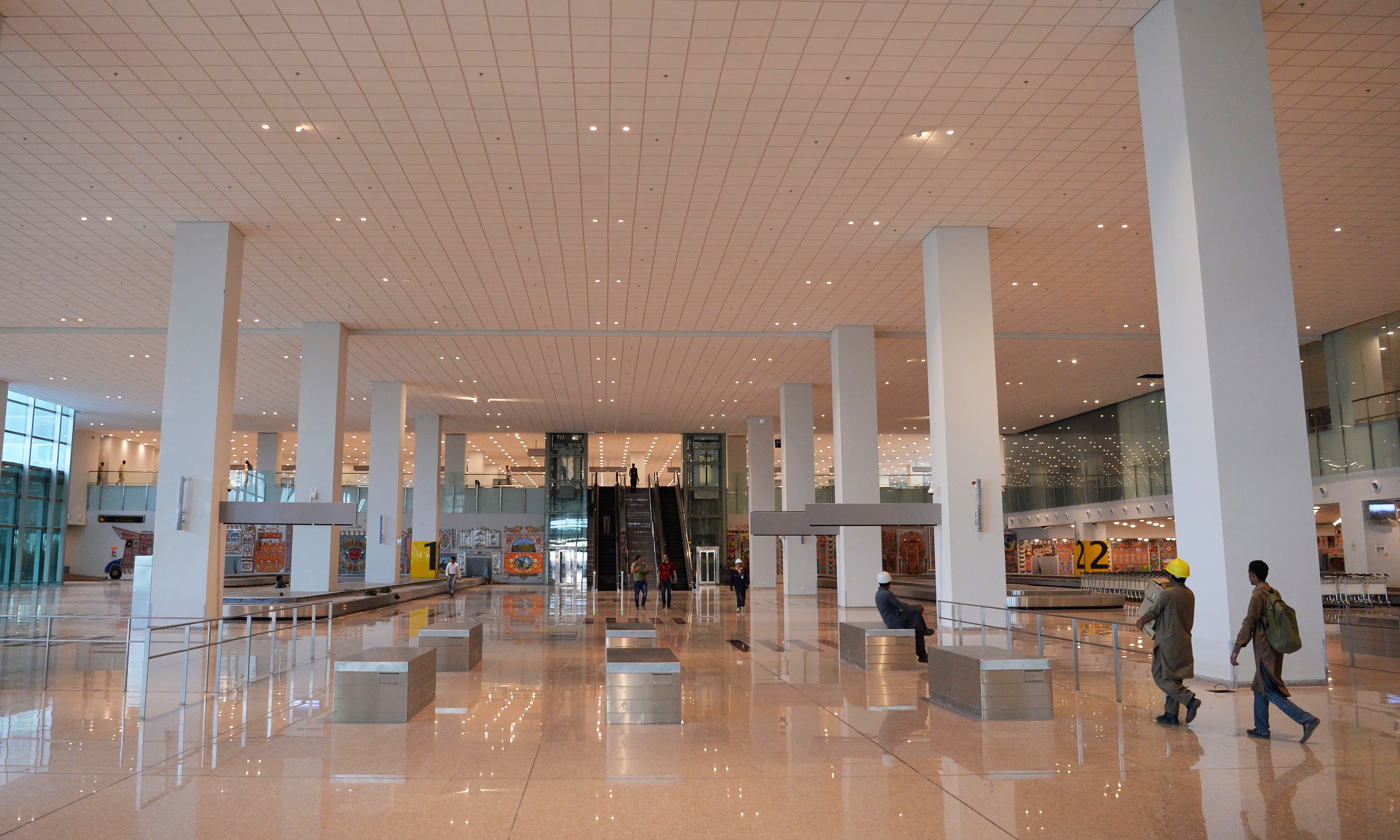 Labourers walk through the airport. — AFP 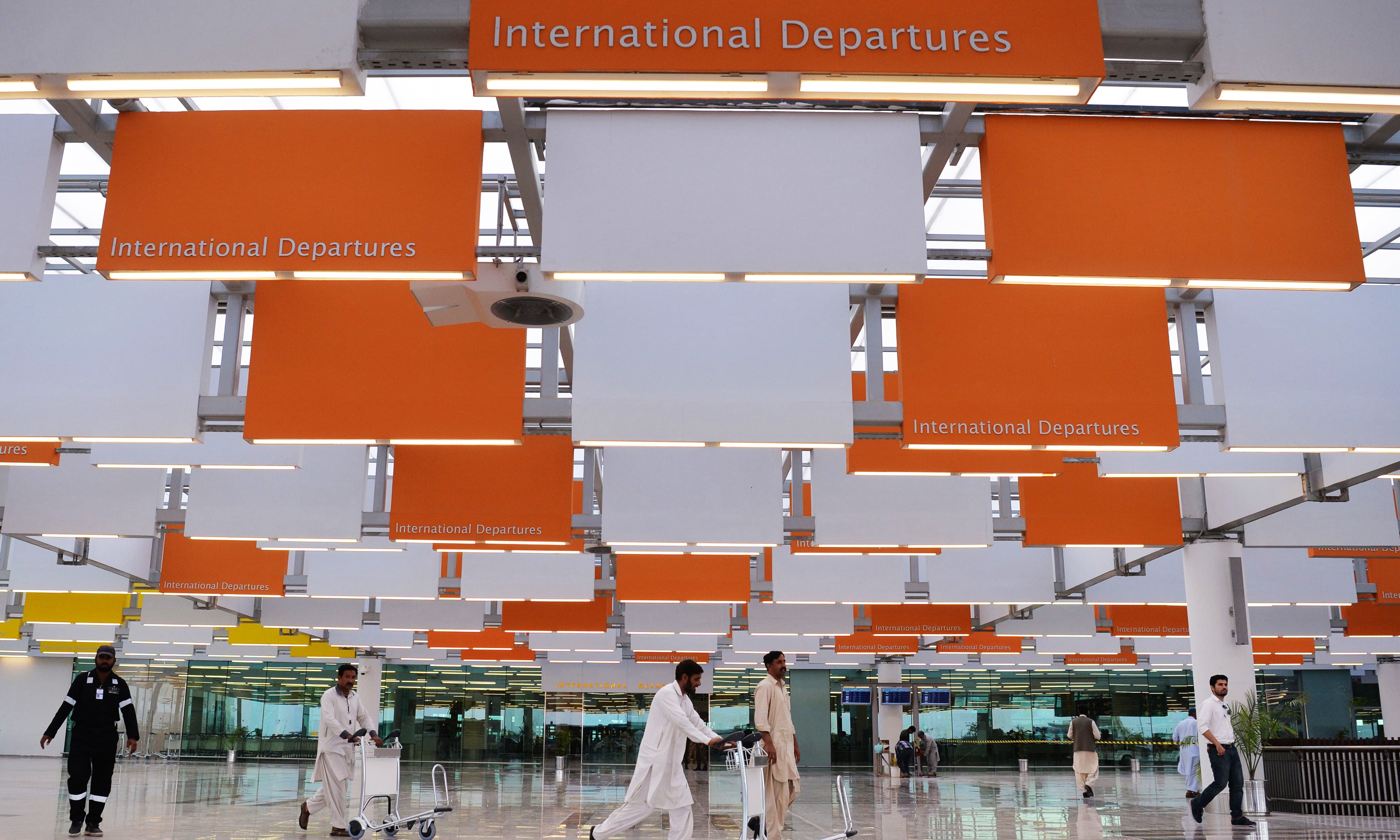 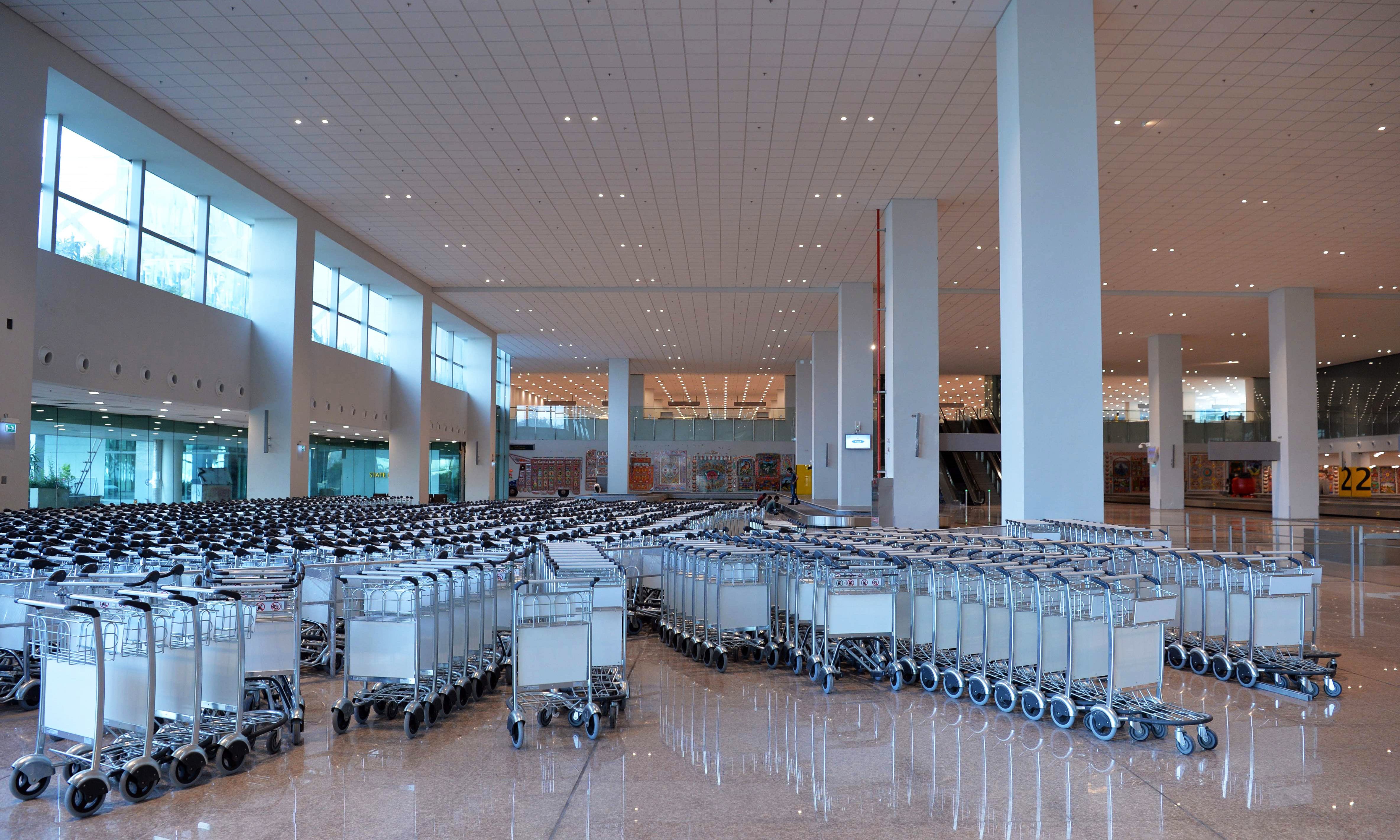 Trolleys are stacked inside the IIA. — AFP 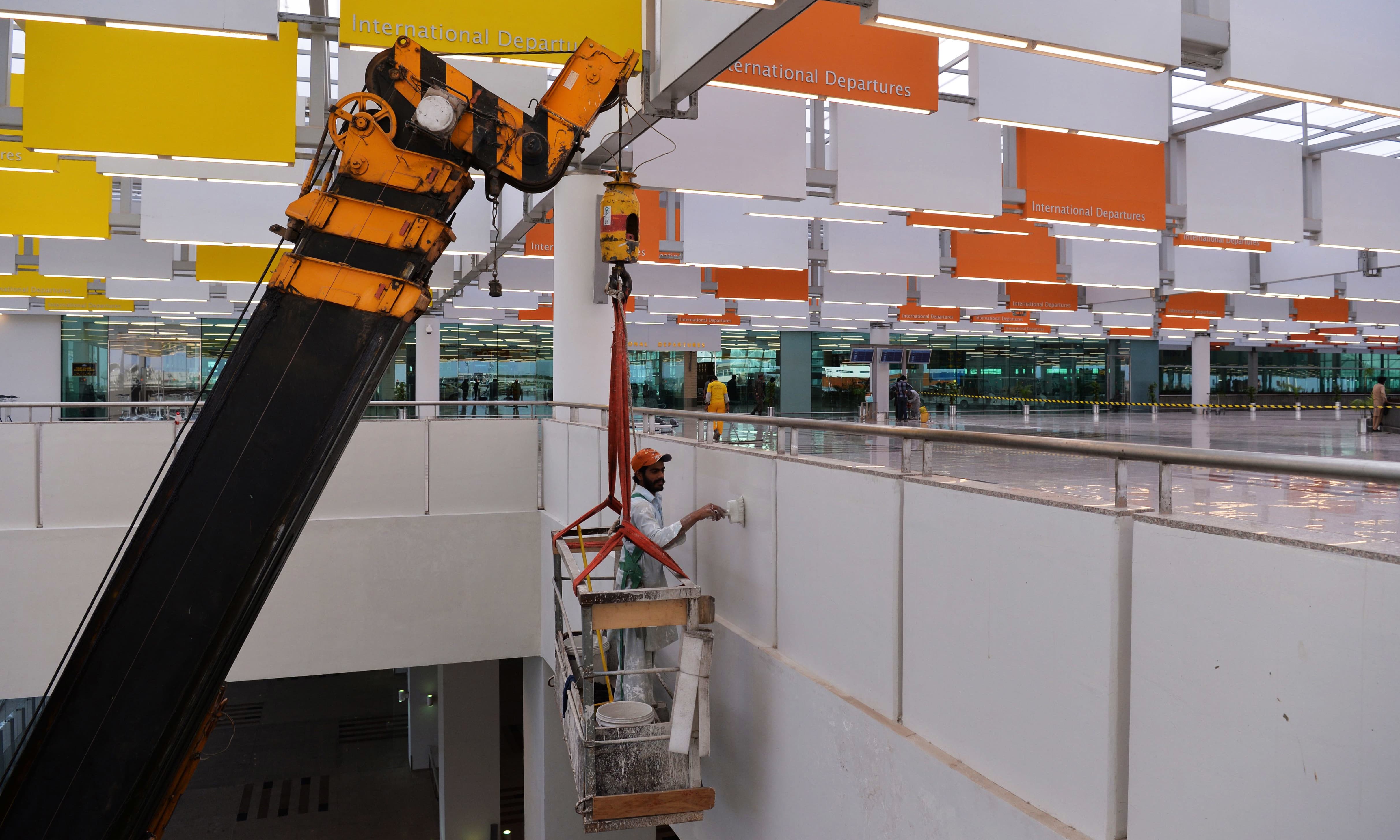 A worker paints a wall near the international departures area of the IIA. — AFP 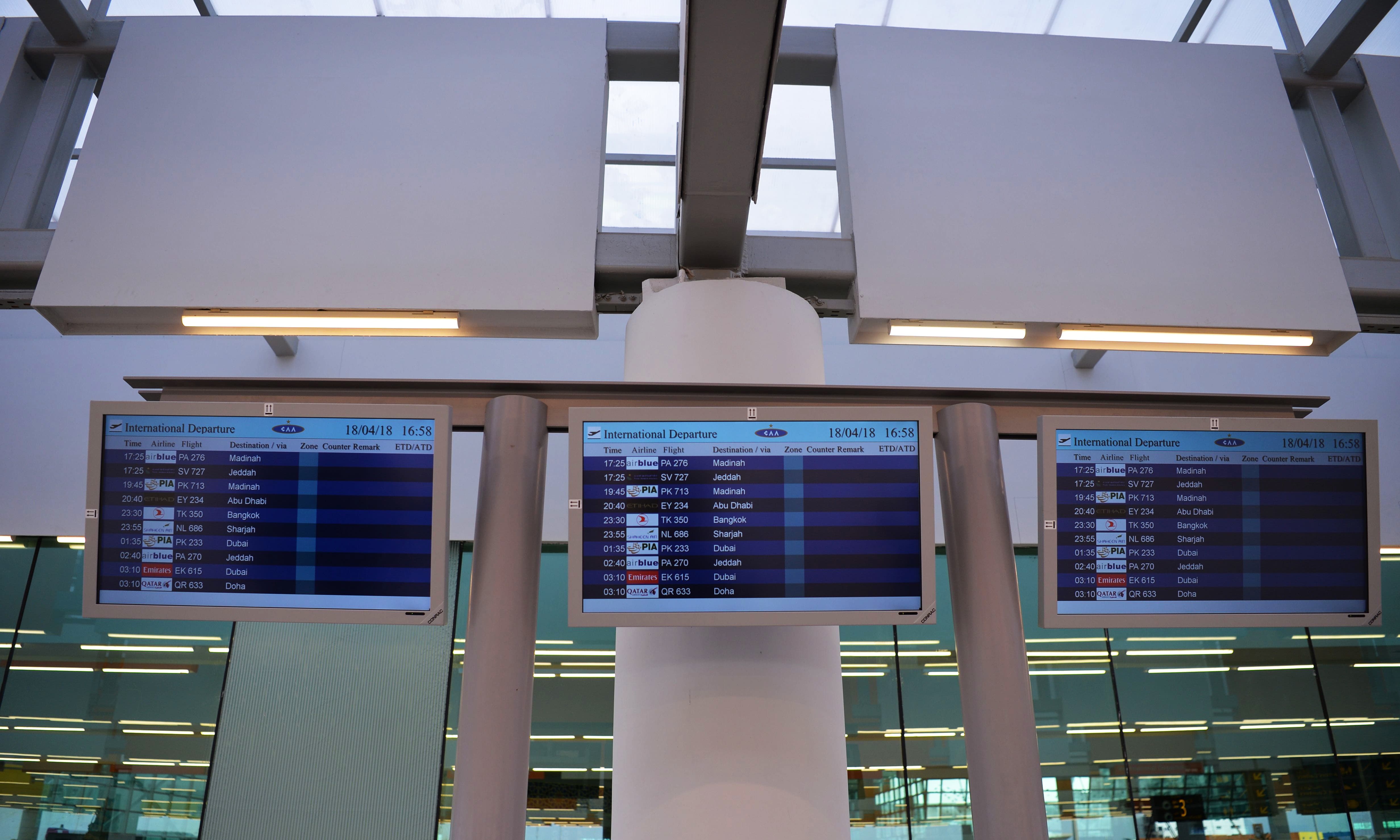